Recently, we spent nine fantastic days in Puglia, the “heel” of Italy’s boot (a series of posts can be found here). Whenever I travel, buying goodies for the kitchen is inevitable. Of course, do declare it all at customs. I had a chuckle when one of the owners of the masseria we stayed at told me he loved watching Australian Border Security. So here’s what is in my kitchen this month, and thank you to Sherry from Sherry’s Pickings for hosting this monthly link up featuring kitchens around the world.

In my kitchen are a set of pasta rolling pins. I am guessing this is what they used to use to make pasta before machines. (My nonna also used to use the dried stalk of a wheat plant to make a bucatini style pasta by hand, I remember her showing me years ago and so regret not taking photos). Some months before our trip, I saw a video of someone using the thin one to make spaghetti and thought they were pretty cool and said to The Marito that I would get one if I saw it. I stumbled across the four pack at a food shop near the Grotte di Castellana, and thought that the large one, which is for pappardelle, would also be handy when you are making the criss-cross pastry for a pie to get consistent strands. I paid €7 for the four, which was a steal, and lucky I did as I did not see them again except for in Matera, where the guy wanted €8 each!

I bought a little book of classic Puglia recipes. Like most Italian cookbooks the details are fairly light and in some parts there are no specific quantities, it will be trial and error.

These are “proper” moulds for pasticciotti, a delicious Puglian custard tart. I tried to make these and did buy moulds here a while ago but they weren’t exactly the right shape. Now that I have these and have also finally gotten to try a few authentic versions of pasticciotti, I will tweak my recipe and make them again.

Of course I had to get some orecchiette, these ones are squid ink and truffle flavour. The Nonna’s in “nonna alley” in Bari told me that they only use semola rimacinata to make them, not flour. I had this amazing squid ink orecchiette dish with tuna at a restaurant in Monopoli, one of the best pasta dishes I’ve ever eaten, and I want to try and replicate it.

And these are taralli; we were given a basket of these to munch on when we sat down at every place we ate at before ordering. The first time we were served them I thought they would be hard but they are feather light and delicious. They are made with white wine. 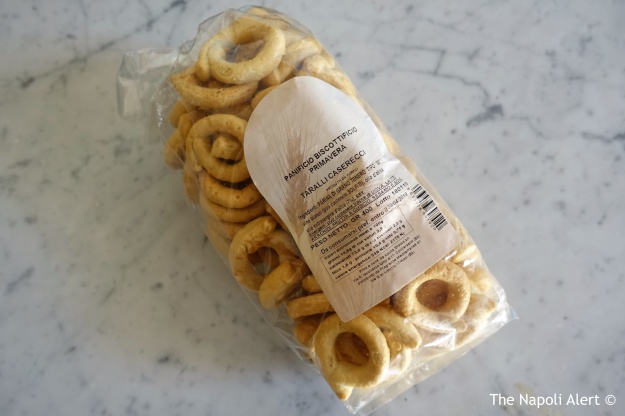 In between checking out of the first place we stayed at in Monopoli and checking into the second place in Cutrofiano, I thought it would a great chance to take a detour to Grottaglie, a small town in Puglia highly famed for ceramics. There were some amazing studios with beautiful pieces. At Nicola Fasano’s studio we bought this pretty plate, and The Marito picked up these four small cups for espresso. I have my eye on a dinner set; they happily ship to Australia.

In Cutrofiano, the town of our masseria, Fratelli Coli also have a large studio with indoor and outdoor ceramics. I bought some little trays, and we loved these giant oversized mugs which are bowl sized.

In my kitchen are a couple of baking products that I often see in Italian recipes from the very entrenched Italian baking brand Paneangeli.  We get some of their products in Australia but not the full range.

Barilla have a range of pasta called Emiliane which I haven’t seen in Australia, it is made with egg instead of water. I thought this little square shape was very cute and had to buy a packet. I will use it in some soup.

After Puglia, we went to Florence. The Lindt store there had so many products you could take home to make which I haven’t seen here – chocolate cake mix, mousse, muffin mix and many more. The Small People are rather partial to hot chocolate so I bought a packet of it. I also bought the Lindt competitor to Nutella – it’s claim to fame is that unlike Nutella, it does not contain any palm oil. I noticed that several products in Italy had highlighted on the packaging “no palm oil” so it must be fairly topical there. The verdict – absolutely delicious.  Not as sweet, great texture and a much more pronounced hazelnut flavour, with 40% hazelnuts versus Nutella’s 13%.

In my kitchen are lots of truffle goodies also bought in Florence – truffle oil (which actually has a sliver of truffle in it), truffle salt, truffle salsa, and a truffle and parmesan spread which is ridiculously good.

And finally in my kitchen is a “portafortuna”, also bought at Fratelli Coli, a good luck charm. You will see these everywhere in Puglia, they are called “pumi” and represent a flower bud.  Historically they were put on corners of balconies when building as a good omen for new beginnings. 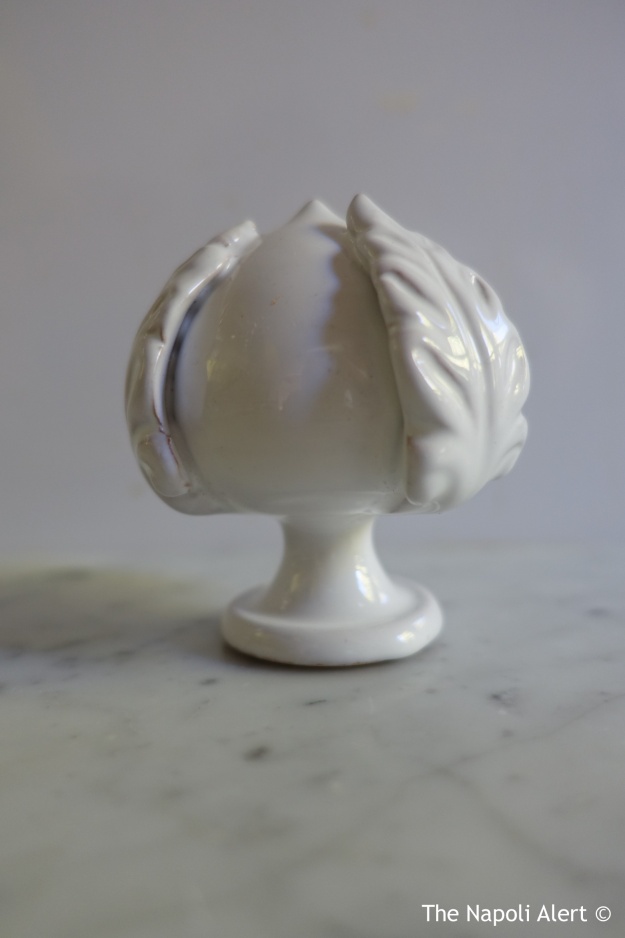 That’s it from the Napoli kitchen. What’s happening in your kitchen this month?