As I mentioned in my last IMK post, we packed up and moved house. It was a more herculean task than I had thought sorting through thirteen years of stuff. Keep, charity, throw, was the sorting path I took. The keep pile resulted in waves of nostalgia. I found the elfin sized frilly pink swimming costume I wore in Italy the summer after I turned two. Then there was the treasured china tea set my Godmother gave me when I was five. In a drawer were the boys outfits when we were finally allowed to bring them home from hospital, so small they look like dolls clothes. Some of their favourite books from when they were toddlers emerged (I can still recite Owl Babies verbatim) and many of their treasured toys. Hours and hours later, it was done.

So here we are in our “new” home. It is quite a change going from a very sleek modern home to something that is over 120 years old. The paint is peeling, the floors are uneven, some of the windows don’t open, but we love it. One large expanse of lawn has already seen several soccer matches and some attempts at cricket; during the packing process I also found bocce balls I forgot we had which will also no doubt be used. The rest of the garden is a complete jungle, which the Marito and I are gradually working through and attempting to tame. It has been rather extraordinary what we have found in the garden – one day it was a buried cast iron bath – it took three men to lift it. Another day there was a very large toy plane, unfortunately too degenerated to be salvaged. There was a Roman style concrete pillar, an old kettle, a plaster foot. Who knows what else is lurking there.

But onto the kitchen. When we bought this place I said to the Marito there was no way we could live there. The old bathrooms were fine after a thorough scrub, but the kitchen, some sixty years old or more, was not something I could function in. Resourceful man that he is, he sourced an almost new kitchen that we have had installed as best we could in the currently small space. As a result my kitchen is a mishmash of old and new and of almost every imaginable kitchen material – concrete, tiles, wood, laminate, wallpaper. But it will do just fine until we can properly renovate some day.

In my kitchen is this very old, but very solid, shelf with copper backing. It is coming in handy with the current limited storage space.

In my kitchen are these gorgeous hydrangeas from the garden, aren’t they pretty? 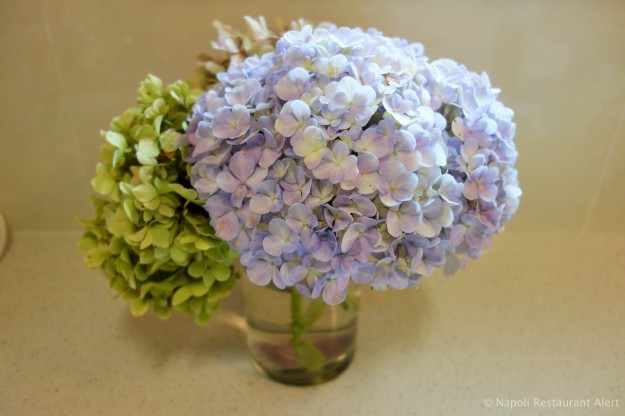 My starter, La Figlia, survived the move and last week I made my first loaves of bread in our new abode. 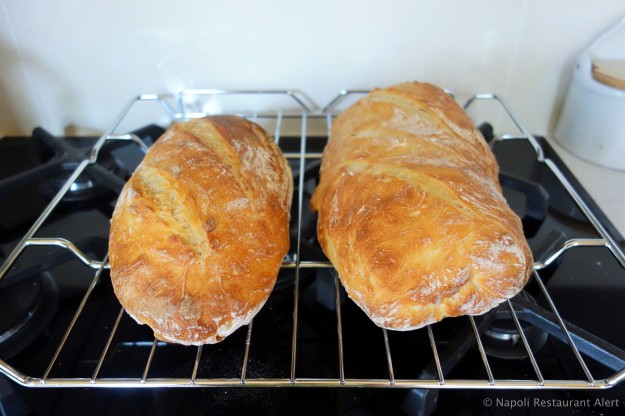 In my kitchen are these beautiful home grown tomatoes and cucumbers – though not grown in my home, we were too late to plant anything, maybe next year.

And some green beans. You’re unlikely to find this variety in your local supermarket, but you’ll find them everywhere in Italian gardens around Sydney. Some grocers stock them and call them “continental beans”. So flavoursome.

A local catering business was closing after almost forty years as the couple are retiring, and they were selling all their kitchenware and cookware. I got there late in the day so a lot was gone, but I picked up three pizza trays, a couple of bowls, and a large serving platter for the princely sum of $6 for the lot!

Adjacent to the kitchen is this old bell system, it was to alert the servants which this house had many many decades ago. 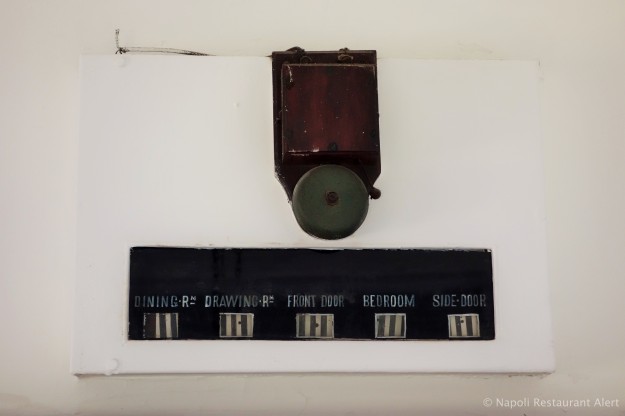 These little floral buttons are scattered around the house which would ring so that the servants would know where they were needed.  I love the bits of history we are discovering here.

What’s happening in your kitchen?

Thanks to Maureen from The Orgasmic Chef who’s taken over from Celia to host the IMK series.